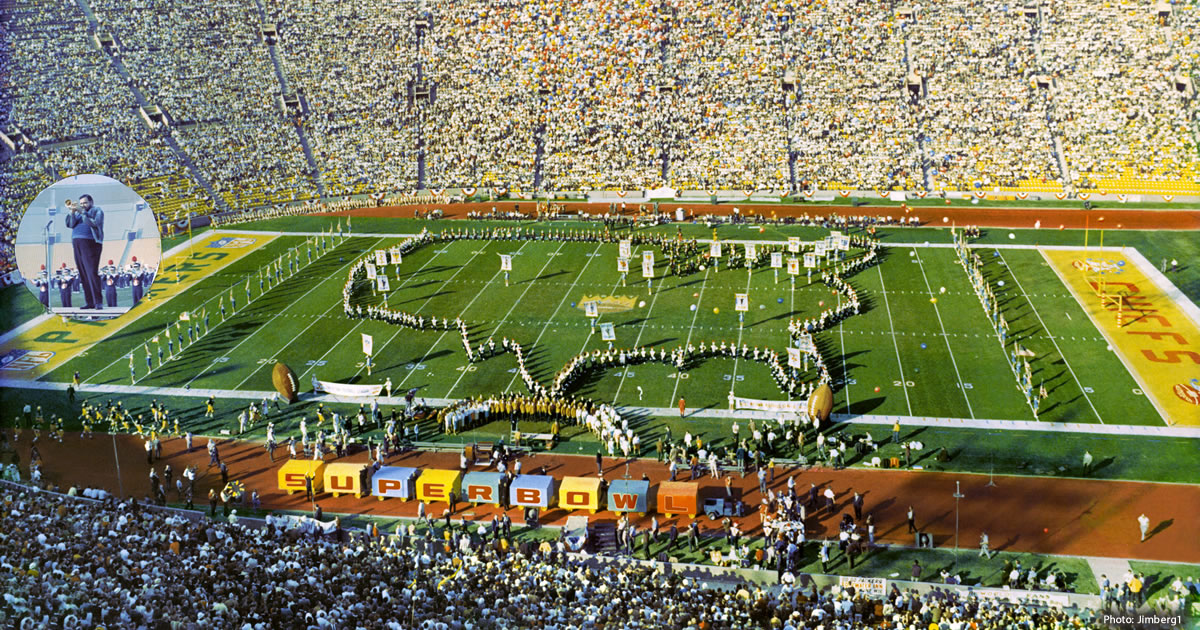 The first ever Superbowl was held on January 15th, 1967. This would be the first standoff between an NFL team and a team of the then-recently developed AFL. The Green Bay Packers, a once terrible team just nine seasons earlier, had turned their failure around. This was due part in the instructions of legendary coach, Vince Lombardi. The Packers were successful in winning four of the seven NFL Championships, that were held in the sixties. The Kansas City Chiefs, were a fairly skilled team as well. They had won both the 1962 & 1966 AFL Championships, and were up to the challenge of beating Green Bay. However, the Chiefs were no match for the Packer’s excellent lineup and coaching; Green Bay ended up beating Kansas City, 35-10, with the Chiefs only scoring during the second quarter. Green Bay has since gone on to win three additional Super Bowls; their second victory would be in the following year, their third in 1996, and most recently, in 2010. The Kansas City Chiefs would go on to win three years later, in 1970. Their second victory would follow, fifty years later, when in 2020 they would beat the San Francisco 49ers. Since 1967, the Superbowl has remained an annual staple among the American culture.

If you were to visit the Golden Gate Park on the fourteenth, chances are you’d run into the Human Be-In festival. This was an occasion that celebrated the ideals of the late 1960s counterculture movement. LSD had been banned by the state of California the previous October, and the event was hosted by various figures of the Hippie movement. A special variant of the drug was distributed to attendees by “underground chemist,” Owsley Stanley; additionally, free turkeys were given to the audience by the radical theatrical group, the Diggers. Various public figures spoke at the event, comedian Dick Gregory, poet Lenore Kandel, and social activist Jerry Rubin among them. American psychologist and strong proponent of the use of psychedelic drugs, Timothy Leary was of attendance, popularizing the phrase “Turn on, tune in, drop out.” Multiple bands also performed at the event, including Jefferson Airplane, The Grateful Dead, and Big Brother and the Holding Company,

On the Ed Sullivan Show, viewers could find rock band, The Rolling Stones performing their hit song “Let Spend the Night Together.” However, the song would not be performed as originally recorded. The lyrics of the chorus would be altered to “Let’s Spend Some Time Together,” a difference lead singer Mick Jagger mocked every time it was uttered. Both he and bassist Bill Wyman rolled their eyes for the camera, each time the altered lyric was sung. The event outraged Sullivan, and he swore the band would never perform on his show again. However, they would inevitably return to perform three songs in late 1969.

“The Bible: In The Beginning” is a movie that covers the story of Noah’s arc and his harmonious relationship with the animals as well as the first 22 chapters of genesis. It is an Italian-American movie that was directed by John Huston and produced by Dino De Laurentiis. In 1967 the film’s score was nominated for Best Original Score, and it was included in the “Top Ten Films” list. De Laurentiis and Huston won Best Producer and Best foreign director, respectively.

“I’m a believer” is a song composed by Neil Diamond and recorded by The Monkees in 1966 with the lead vocals by Mikey Dolenz. The single, produced by Jeff Barry, hit the number-one spot in the U.S. chart for the week ending December 31, 1966, and remained there for seven weeks becoming the last No. 1 hit of 1966 and the biggest-selling record for all of 1967. Billboard ranked the record as the No. 5 song for 1967

In 1967 the US military was testing new types of bacteria under the pretense that they could be used in Biological warfare, but the twisted touch to this experiment was that the bacteria was tested on American citizens. The bacteria was sprayed in New York City subways to see how they would survive and spread. Hundreds of mock attacks were conducted over the years including releasing the bacteria at the Main terminal of the Washington Airport. A spokesperson tried to oppose this to congress but even today it isn’t necessarily illegal.